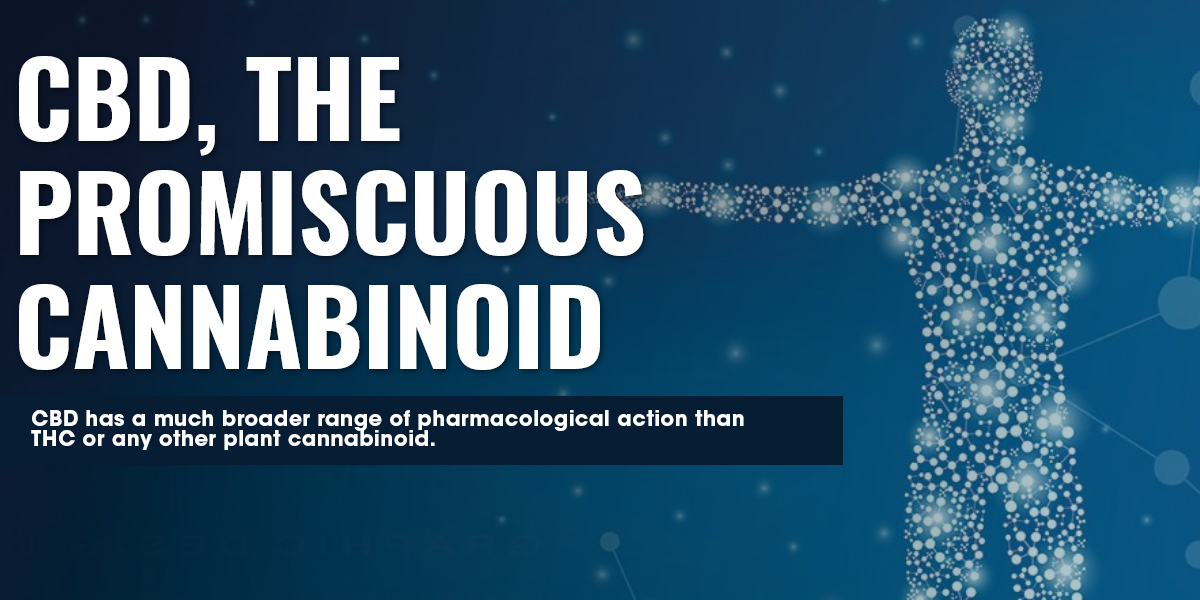 What’s so special about CBD? Why all the hype? Let’s strip it down to the basics.

Discovered more than 80 years ago,  CBD/cannabidiol is a chemical compound found only in the cannabis plant. In high-THC/tetrahydrocannabinol cannabis “strains” – those with the most pronounced psychoactive effect – CBD is typically the second-most abundant cannabinoid. But there are also cannabis varietals with more or less equal parts CBD and THC, as well as CBD-rich cannabis and “hemp” plants with little THC.

Though structurally similar, THC and CBD act in different ways on various receptors in the brain and throughout the body. Both compounds are hypotensive, lowering blood pressure, and neurogenic, stimulating brain cell growth. But CBD and THC also exert opposing effects at the CB1 cannabinoid receptor. THC is notorious for inducing “the munchies,” for example, while CBD lessens appetite and lowers the ceiling on the THC high.

Overall, CBD has a significantly broader range of pharmacological action than THC or any other known plant cannabinoid, of which there are more than 100. A recent paper highlights the role of transient receptor potential [TRP] ion channels in mediating CBD’s effects on seizure, inflammation, cancer, pain, acne, and vasorelaxation.  CBD also binds to serotonin receptors and PPAR nuclear receptors that regulate lipid metabolism and gene expression.

It’s this “promiscuous” nature, coupled with the extensive reach of the endocannabinoid system anchored to CB1 and CB2 receptors throughout the human body, that explains why CBD can affect such a broad range of physiological processes – and why there continues to be so much clinical and pre-clinical research focused on its therapeutic potential.

Below are some of the latest medical science findings: evidence of, if nothing else, CBD’s sheer versatility.

The authors of a new study in the journal Scientific Reports

suggest that CBD could be “repurposed” as an antibacterial agent in clinical trials given its ability in lab experiments to counteract a variety of harmful bacteria, including some classified as multidrug-resistant. Pure CBD exhibited antibacterial activity against all 21 strains of Gram-positive bacteria tested, as well as against lipooligosaccharide-expressing bacteria and Mycobacterium tuberculosis (the cause of tuberculosis).

But CBD performed better, especially against problematic Gram-negative bacteria, when paired with low concentrations of the powerful antibiotic polymyxin B, suggesting an additive or synergistic effect that could reduce reliance on this drug of last resort – and thus help maintain its efficacy. “We highlight the promising translational potential of CBD repurposing as an antibacterial agent, mainly in the combination [of] CBD plus polymyxin B against Gram-negative bacteria, for rescue treatment for life-threatening infections,” the authors write.

The downstream effects of CBD’s wide-ranging activity in the brain are key to a recent study of depressive-like behaviors in mice. Here’s the rationale followed by the China-based researchers, whose work was published in February 2022 in the journal Frontiers of Medicine:

A growing body of evidence suggests CBD may be an effective antidepressant, but the underlying mechanisms are unclear. It’s known that chronic stress impairs neural stem cell differentiation and adult hippocampal neurogenesis (AHN), and that promoting AHN can increase stress resilience against depression, the study authors write. So could this be a pathway through which CBD exerts an anti-depressive effect?

Based upon an experiment in which CBD administration relieved depression and anxiety symptoms in stressed mice, the authors think so. While the findings don’t implicate a specific receptor or molecular target, they do reveal a previously unknown mechanism for neural differentiation and AHN in depression, the researchers write, and provide mechanistic insights into the antidepressive effects of CBD. While they’re optimistic about the implications (“undeniable direct evidence that CBD could be a potential treatment option for depression”), the authors acknowledge that much more is left to learn – especially in humans. “This study highlighted the need to deepen our understanding of CBD-induced neurobiological effects to understand fully the therapeutic potential of this phytocannabinoid in psychiatric disorders,” they conclude.

Could CBD-rich cannabis help people who engage in problematic use of high-THC cannabis? A March 2022 paper in Frontiers in Psychiatry  describes a survey out of France in which 11 percent of cannabis-consuming respondents (n=105) reported using CBD (mostly via smoked hemp-CBD flower) for the primary purpose of reducing consumption of illegal, high-THC cannabis. Of these, more than half reported a “large,” real-world reduction in high-THC cannabis use.

But the next survey question was even more interesting: when asked how, exactly, CBD use reduced overall consumption, most respondents cited “reducing cannabis withdrawal symptoms.” (Other options included “delaying first illegal cannabis joint of the day,” “using less illegal cannabis in joints,” and “increasing the time between smoking joints.”) This suggests they weren’t using high-CBD flower as a simple placebo or filler, but rather because the CBD actually diminished their desire for high-THC cannabis.

Again, these findings appear at least partially predicated upon the fact that in France high-CBD hemp flower is legal and high-THC flower is illegal. But the notion that CBD can ameliorate some unwanted side effects of too much THC is sound. In fact, earlier this year researchers in Colorado reported that cannabis with a balanced 1:1 THC:CBD ratio was associated with similar levels of positive subjective effects, but significantly less paranoia and anxiety, as compared to high-THC, low-CBD bud.