New Laws in Texas for Hemp 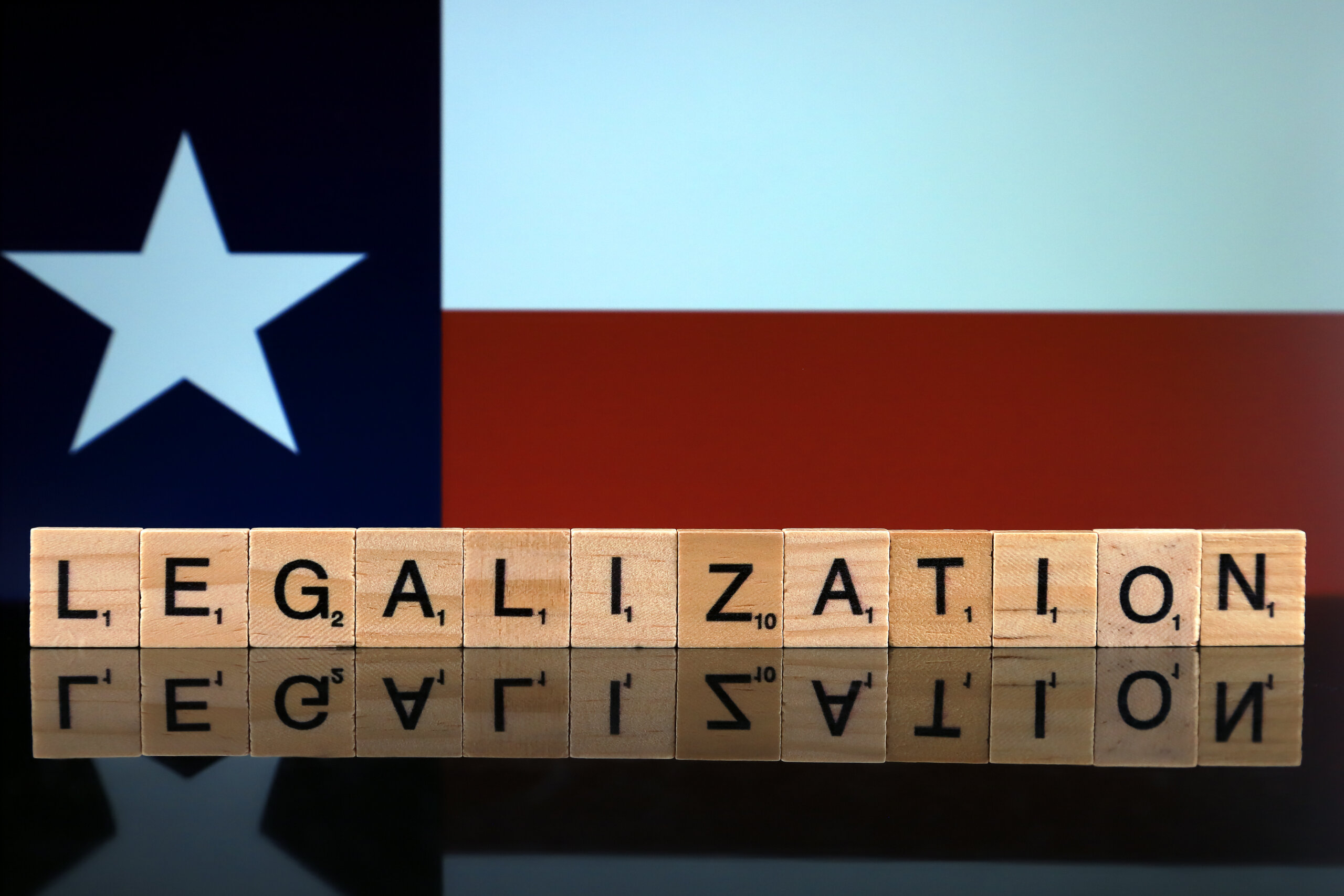 Despite its stance on marijuana, Texas is not lagging behind on the hemp bandwagon.  Hemp is rising even faster from the shadows of prohibition than marijuana. Products containing hemp extracts high in CBD, such as oils, topicals, and infused products, gained such mainstream popularity and acceptance under the 2014 Farm Bill, that on January 1, 2019, hemp became federally legal and removed from the definition of “marijuana” under the U.S. Controlled Substances Act (CSA). Under the 2018 Farm Bill, signed December 20, 2018 by President Trump, if Texas had not passed a hemp law during the 2019 Legislative Session, it would have been subject to the U.S. Department of Agriculture’s (USDA) default rules for growing hemp as a federally legal agricultural commodity.

On June 10, 2019, Gov. Abbot signed HB 1325, legalizing hemp in Texas, and directing the Texas Department of Agriculture (TDA) to devise rules from planting to harvest, and the Department of State Health Services (DSHS) to devise rules from testing to end consumable hemp product.  The rules address licensing qualifications and procedures, testing and inspection requirements, reporting and record keeping requirements, distribution, manufacturing, and plans for disposal of “hot” crops (cannabis plants with >.3% THC), among other issues.  The TDA rules provide slightly more leeway in that if your crop tests at .3% THC within the measure of uncertainty given by the laboratory, then the crop is OK to be harvested and shipped off the licensed property with a transport manifest.  A transport manifest is also required to send in a sample for testing.

For a quick introduction to hemp, it is a type of cannabis plant comprised of many cannabinoid compounds, including CBD, CBG, CBN, and THC—the only compound that creates a “high.” In contrast to marijuana, which is tightly regulated from a law enforcement perspective because of its status on Schedule 1 of the CSA, hemp naturally contains low THC.  By law, for cannabis to be considered hemp, the THC concentration must be ≤0.3% THC. Until recently, hemp has not been subject to much regulation – though regulation is coming from multiple agencies including the USDA and the Food and Drug Administration (FDA). The FDA retains regulatory authority over CBD, the compound of the cannabis plant that is now considered a drug rather than a dietary supplement because of FDA’s approval of a CBD formulation to treat epilepsy.  It is still unknown when the FDA will develop rules to regulated hemp CBD products or whether they will be placed in a dietary supplement category.  The FDA has already held public hearings, taken public comment on the regulation of hemp CBD, and issued a status report on their information gathering in their process of creating regulations.

The USDA released its “Interim Final Rule” (IFR) for farming hemp under the 2018 Farm Bill on October 31, 2019, with a lengthy notice and comment period. The USDA must approve each state’s plan, so even states that have already been producing hemp under the 2014 Farm Bill will have to adjust their programs to conform with the new USDA rules to receive a state plan approval by October 31, 2020.  The USDA received over 4,600 comments that it must consider before adopting its “Final Rule” to govern hemp production.  Some areas of extreme concern, including the requirements that testing laboratories be registered with the U.S. Drug Enforcement Agency (DEA) and that a reverse distributor licensed by DEA must destroy hot crops according to DEA guidelines, are not going to be enforced through October 31, 2021 or publication of the Final Rule, whichever comes first.

By way of background, under the 2014 Agricultural Improvement Act (the 2014 Farm Bill), hemp was still considered to be marijuana, and was only permitted to be grown in two limited situations: in conjunction with a state’s industrial hemp program or under a contract with a university’s research pilot program.  In neither of these instances were hemp or extracts made from hemp allowed to leave those states’ lines. But they did, even on Amazon, and the word got out about CBD’s ability to relieve inflammation, pain, anxiousness, sleeplessness, and other common ailments, without the side effects of synthetic drugs and opiates, or the high of marijuana.  The main states to take advantage of the 2014 Farm Bill were Kentucky, Colorado, Oregon, and Montana. After the 2018 Farm Bill, most states are activating hemp programs—and some did not wait on the USDA.

Our founding fathers grew hemp, and growing hemp was a requirement of some early Colonists.  Before 1937, industrial hemp was legal and used for clothing, paper, rope, and fuel. But in 1937, Congress passed the Marihuana Tax Act, which made all species of the Cannabis sativa L. plant illegal, including hemp. While the purported purpose was to eliminate the use of cannabis as a drug, some theorists posit that the real intent of the Act was to eliminate the competition hemp posed to paper and steel manufacturers by referring to cannabis as “marijuana” in media as a scare tactic in relation to its use as a drug. But, the U.S. needed strong hemp fiber during World War II and it was briefly re-legalized.  Since then, the U.S. has been importing hemp to use as fiber for the seats of BMW automobiles manufactured in Alabama, for example. Hemp powders and other goods have been imported for years, found mostly in health stores such as Whole Foods.  But now hemp CBD has become mainstream, sold in most national retail chains, even located in the “impulse buy” areas near cash registers.

However, there is a lot of confusion about hemp and the nuanced new law.  For example, state law enforcement often intervenes and is frequently unclear about the legality of the substance they may discover in a vehicle or a store shelf.  The Department of Public Safety (DPS) raided People’s Pharmacy for it in 2017, and other seizures and arrests have been made. The latest issue surrounds hemp leaves that can be smoked, and there have been many seizures from smoke shops on the allegation that the leaves are marijuana. They look and smell the same, and neither drug dogs nor the state crime lab can tell them apart.  It was disappointing that the USDA did not propose a uniform travel manifest or QR code requirement for law enforcement (and consumers) to readily identify whether a substance is hemp or marijuana. But, Texas and most states require a Certificate of Analysis (COA) demonstrating the THC concentration, the cannabinoid profile, the presence of pesticides, the presence of heavy metals, and any harmful pathogens.  This COA may be carried with the product (raw or finished) and located via a website or QR Code on a product’s label.  Raw hemp for distribution must be accompanied by a TDA transport manifest.

A controversial topic is the smoking of hemp.  The original hemp act authored by Rep. Tracy King contained no overly zealous regulations or prohibitions—it was merely intended to promote the growth of hemp free from undue government interference.  However, in my work during the 2019 Legislative Session to help get the hemp bill passed, the overarching concern to every legislator I talked to was that the hemp bill was just a subterfuge for marijuana—something our State’s leadership is still staunchly opposed to.  Thus, the Senate version of the hemp bill was rewritten to involve the DPS, created crimes for certain activities, banned the manufacture of hemp for smoking, and made a definition for smoking. A promise was made on the Senate floor during the debate on this bill that hemp would not be smoked, to assuage the marijuana fears. Thus, the DSHS is now in a position of having to effectuate the intent of the hemp statute by creating a rule that effectively bans the smoking of hemp, which they have done in proposed rules published May 8, 2019, by prohibiting the manufacture, processing, distribution, and retail sale of smokable hemp.  Smokable hemp can still be bought online or purchased from other states, and we still do not know what the final rule will be or how strictly this rule will be enforced, so the best bet to solve this issue is to work to change this aspect of the law in the 2021 Legislative Session.

From an agricultural, industrial, and medicinal standpoint, the hemp business—largely unbeleaguered by the crushing compliance and taxing obligations of marijuana businesses—is on an exponential rise in the United States and internationally.  A word of caution, the rise has been volatile.  But as a state that leads in agriculture, technology, refining, and medicine, Texas is poised to become the new leader in hemp production, whether for medicinal or industrial purposes.  This is an incredibly exciting time to participate in the change of major laws in the dawn of a new industry.